Mac should not be chasing birds anyway.

“At the drop of a hat” was the idiom for today.

Is Chivalry All Wet?

A drop of rain
was what provoked
Walter to act
so she wouldn’t get soaked.

He dropped to his knees,
undid his cravat,
dropping his cloak
at the drop of a hat.

The idiom today is “add insult to injury.” Here are my poem (thanks to my sister for a bit of inspiration) and drawing.

Stir all together.
Add insult to injury.
Cook in a small-minded pot.
Best served hot.

I’m going to try to participate in this month’s Doodle Day because the prompts are idioms (I love idioms so much that I had written a picture book manuscript based on it a few months ago…but apparently no one else loves it like I do…hah).

Feeling ambitious, I had also written a poem to go with the illustration. I suppose this makes up for the fact that the illustration is really merely a highly unfinished sketch.

Says one thing; does another.
Points to you, but means your mother.
The shiny gems are really
glitter-covered turds.
Listen but also watch closely because
actions speak louder than words.

I’m channeling my favorite P.D. Eastman book, “Are You My Mother?” here. Now, before my awesome critique group buddies reprimand me for not working hard on my young adult novel that won at the #NESCBWI17 Pitchapalooza, I want to clarify that I did this drawing before I left for the conference so I’m not spending time drawing…just spending time POSTING drawings. I love my critique group buddies! Roam the wild grasslands and feel the wind in your mane (or hair). Happy Friday! 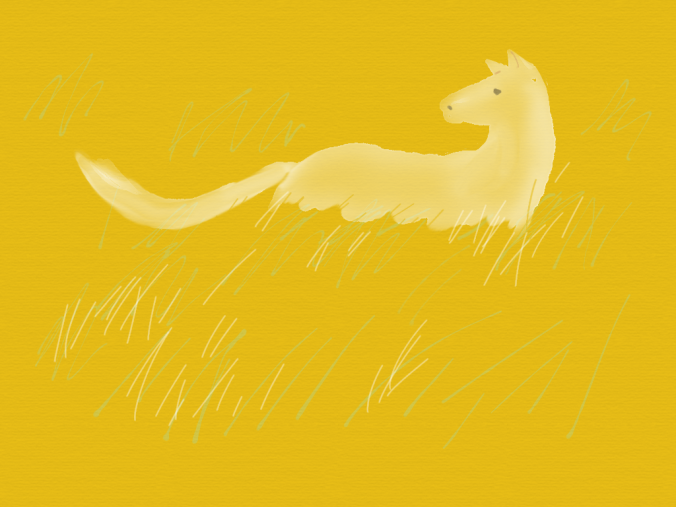 And if you have time, and like my Audrey drawing, please vote for me! Two more days left.

I just want to hang out at home on my comfy branch with a couple of my closest friends.

If you’re so inclined, there are 3 more days of voting for Dick Blick Art Materials celebrity-inspired art contest. Mine is at http://bit.ly/2obVItQ . Thank you!

In the past several days we had trespassers we had to call the county sheriff for, I had a couple of agent rejections, my dad has had recurring dizzy spells (he’ll be 80 next year), and a dear family friend (our age) died of cancer.

I know I’ve been a slacker butt and haven’t kept up with Selfie Art Day. I completely missed it last month but Yvette and Catherine played along without me.

I think I’m back in the art game for now.   Even though Yvette may be the only person left playing along, I will celebrate Selfie Art Day today!

and here’s my attempt. It’s more of an illustration of me and my mom than a true selfie. If you’ve played along, let me know and I’ll compile a list in a couple of days!

It’s the start of astronomical fall today (climatological fall started the 1st of September). I can’t wait for cooler weather!

Looking for something on the blog?